Fake Reviews: How to Protect Yourself From This Epidemic

November 2, 2022
Blog   ›   Fake Reviews: How to Protect Yourself From This Epidemic 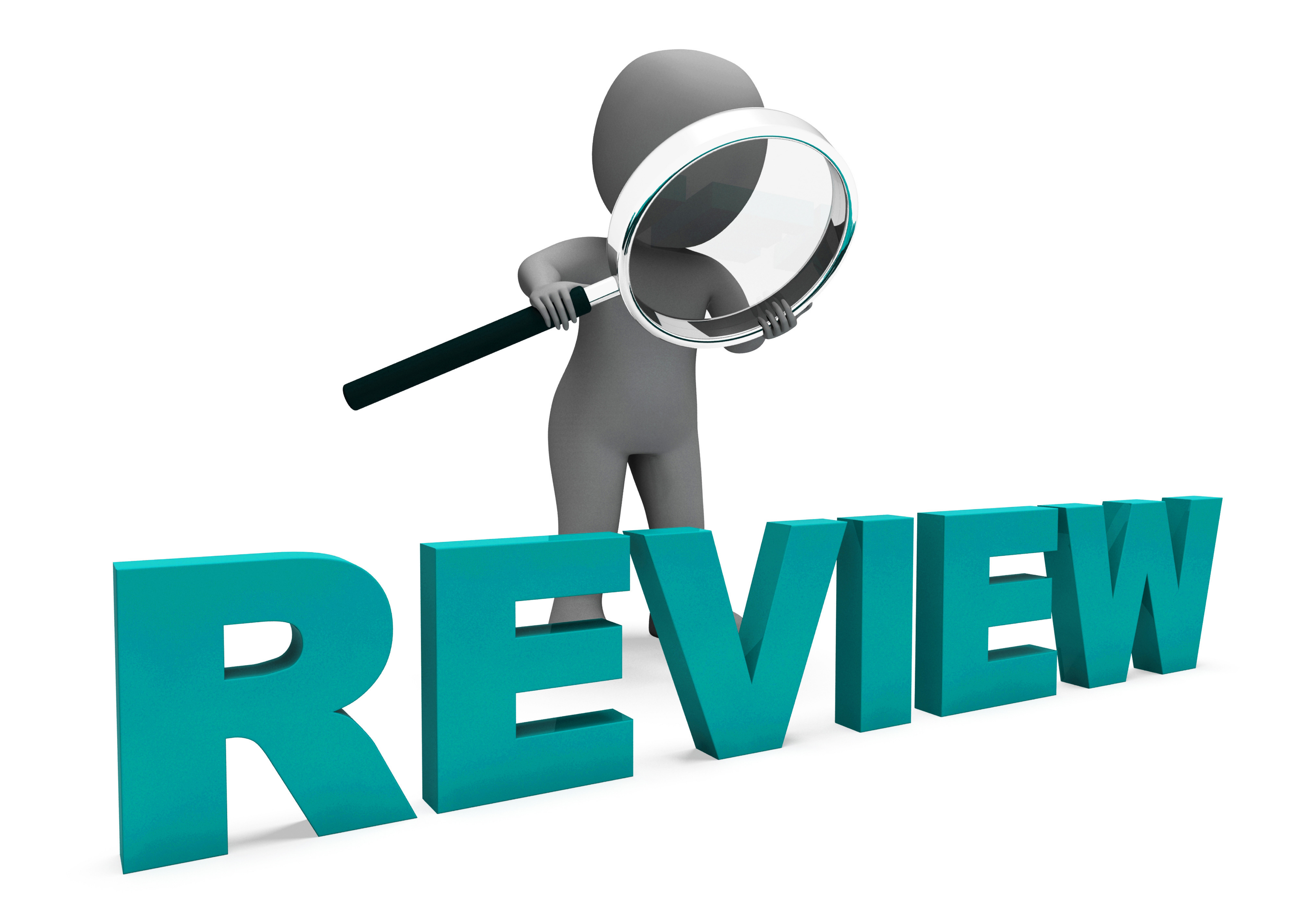 Why are fake reviews a problem?

In 2017, around 85% of people trusted reviews as much as personal recommendations and 73% stated that positive online feedback made them trust a business more. Today, over 97% of consumers say that reviews influence their purchasing decisions and 92% will hesitate to buy something if there are no reviews.

Since founding Psydro 6 years ago, we have seen a spike in the importance of online customer reviews. The advancement of digital shopping and the availability of information has led this type of user-generated content to become a vital part of a consumer’s purchasing journey.

When shopping digitally, you can’t head to a store, have a walk around and examine the pieces you like. Instead, you have to rely on listing information and customer feedback to justify whether to purchase the thing you have your eye on.

Just think that today the average UK household will spend around £900 annually after being influenced by online reviews.

As customer reviews grow in popularity, so is the number of fake reviews online. This malicious growth is negatively impacting businesses and consumers that rely on this genuine public feedback. For this reason, there is an urgency to protect both parties by combatting and eliminating fake reviews from the online world.

Fake Reviews Are a Real Problem

Fake reviews are no joke, and they’re affecting almost half of all UK businesses. These can damage a company’s trust, credibility and online reputation which, in turn, can decrease their overall customer acquisition and sales.

It is thought that today around 4% of all reviews posted online are fake, meaning this malicious feedback has cost the global online market hundreds of billions of pounds. Not to mention that over 50% of consumers will not purchase something from a company if they are believed to have fake reviews.

Why Do People Commit Review Fraud?

This happens when a business hires people to write fake positive reviews to improve their overall rating and stand out from the competition. As explained previously, consumers have to rely on information to find the product/service they want, and one way to do this is through the elimination process, discarding businesses with a low review star rating. So, by quickly increasing this rating, the company will be more likely found by potential customers.

Not only is this action damaging to businesses as they are being unjustly overshadowed by competitors, but it’s also threatening the overall legitimacy of online reviews and the ability to help consumers make informed purchasing decisions.

On the other hand, some businesses will write (or hire people to write) deceptive negative reviews on their rivals’ pages to damage their image and persuade potential customers not to do business with them. As a result, this can cause long-lasting repercussions to that company, damaging its overall star rating, online reputation and future customer acquisition. 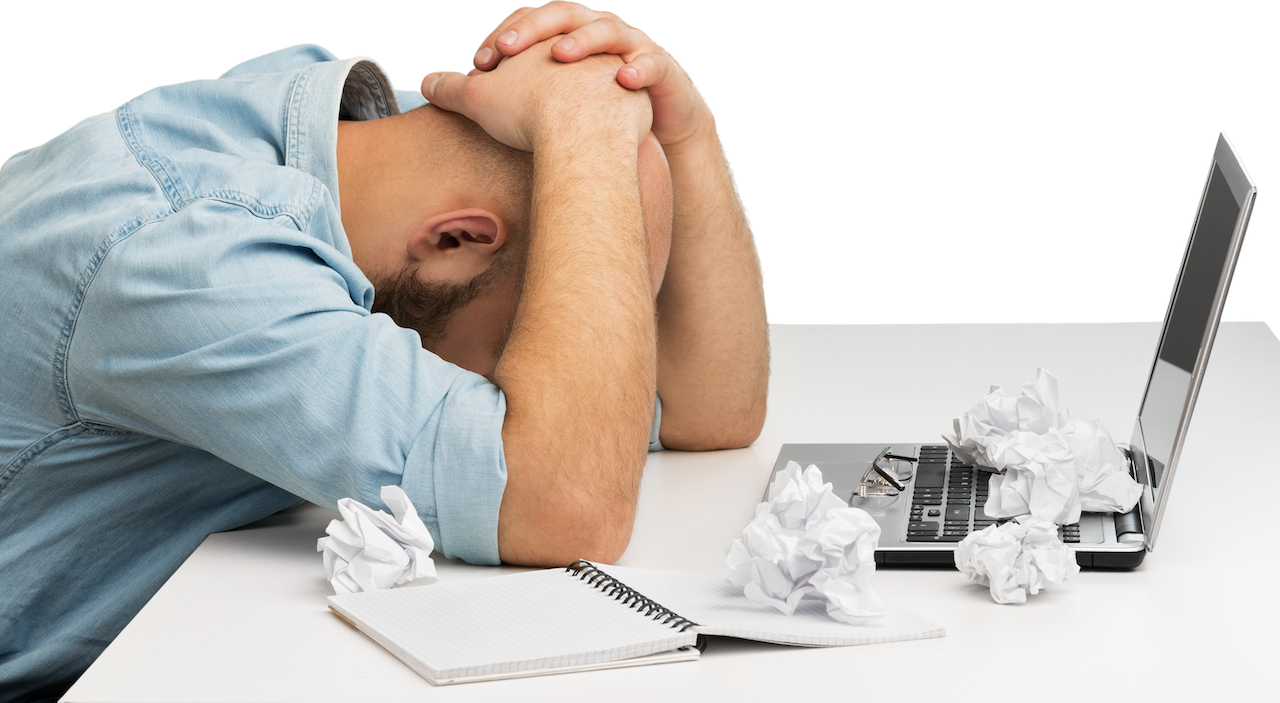 In April 2022, the UK government passed new rules to make fake reviews illegal. The law specifically targets those who write and host this deceptive feedback.

By giving new powers to the Competition and Markets Authority (CMA), this organisation will be able to impose financial penalties on companies (up to 10% of global annual turnover) and consumers (up to £300,000) who break the new rules without needing to go through court. The CMA will also compensate any individual who will help them in their mission of removing fake reviews from the internet.

These new laws will reinstate equal competition and promote fair and open markets, all whilst protecting UK consumers from deceptive advertising.

Right now, the CMA is looking into the two tech giants (Google and Amazon) due to concerns that they are not doing their part in tackling fake reviews on their sites.

How to Deal With Fake Reviews

Things to Look Out For

Getting a high star rating and many 5-star reviews is not uncommon if the business exceeds customer expectations. However, it’s also true that in time not everyone will be fully satisfied with the service received, leading to a few low-rating reviews.

Yet, if you see a business (or competitor) with only an overwhelming number of positive reviews, it’s always good to double-check and make sure they are legitimate.

Make sure to also look at the spelling and grammar. If it reads too good or too bad, you might question whether it’s real. Businesses will pay people to write online reviews, and depending on who they hire, it might seem too formal or extremely poor quality. Consider that a genuine review will be written by the average person. It might have a few mistakes, but nothing extreme.

These are all things to look out for when searching for fake reviews. They are not definite rules, but they can help spot inconsistencies in star ratings. Keep in mind that these tips are not only useful to spot those who may have fake positive reviews, but also for businesses who have been victims of negative malicious feedback.

No matter if this feedback is real or fake, responding to reviews is always a good idea. By doing this, you are publicly recognising and valuing this user-generated content which can help boost trust and credibility.

Through each response, you are showing potential and existing customers that you take each comment seriously. If it’s positive, they will see your honest appreciation for the review. If it’s negative, it’s important to show that you have listened to the feedback and are willing to rectify the issue. However, you don’t want to start a public dialogue with this user, so keep the response short and sweet and move the conversation offline. Even though you won’t be contacted if it’s a fake review, at least you will have demonstrated that you care about your customers’ experiences and are looking to improve.

On the internet, you can usually find two types of reviews: verified and unverified. The former is written by a past customer and collected by the business. This means that when reviews have a verified badge, the potential shopper can be sure that the feedback is authentic and trustworthy. 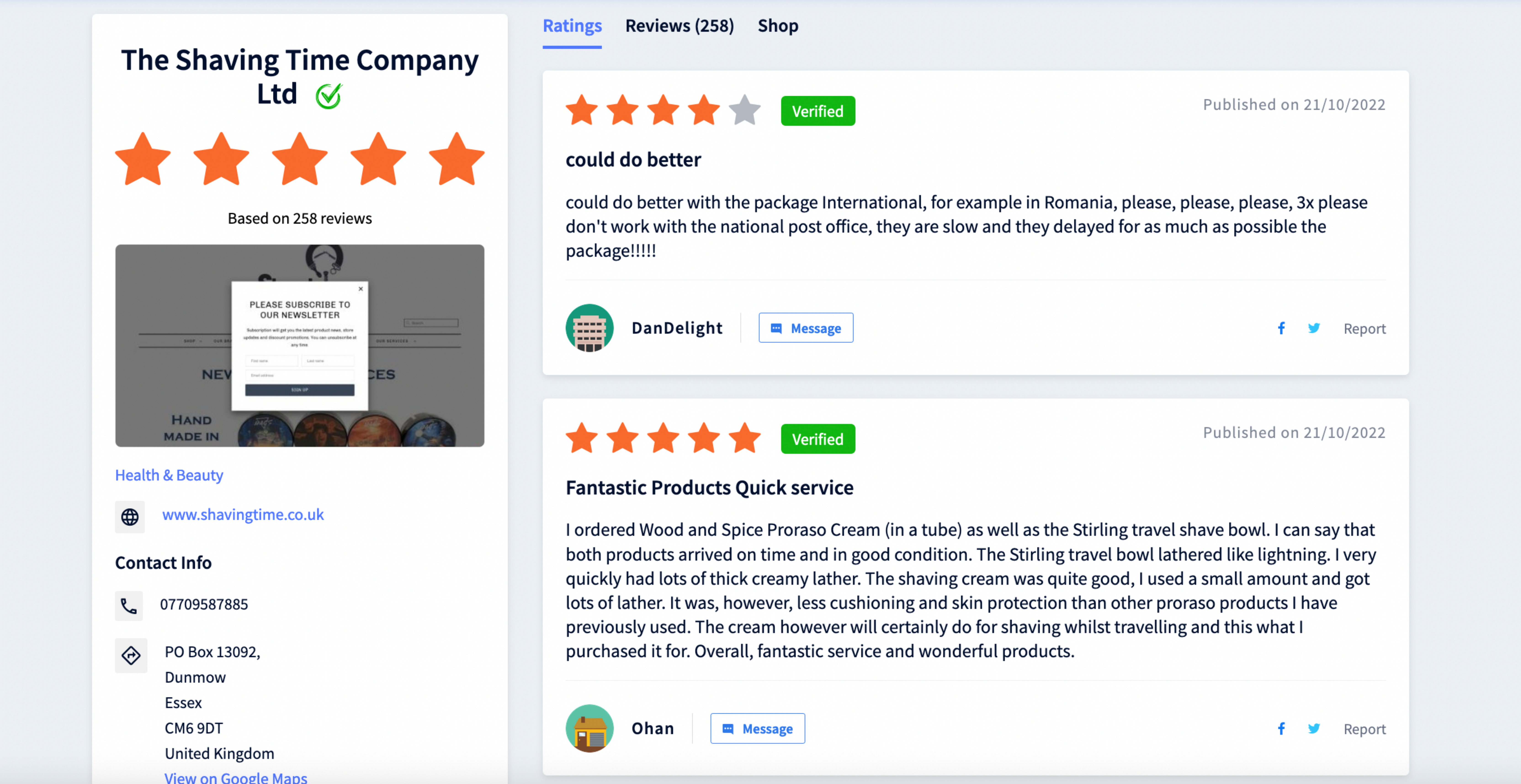 What about all the other unverified reviews online? How can consumers be sure they are real?

Sometimes it’s clear that a review is fake due to several factors (as mentioned above). However, other times it can be trickier to detect, disguising itself as a real customer review.

The best solution to this problem is to find a third party that will work around the clock to protect both businesses and consumers against fake reviews.

Our dedicated team will read every review and check the media attached to it before it goes live. In the process, they’ll look for any suspicious content and red flags associated with this deceptive feedback. Most of the time, they will remove the fake review before it goes live. On a few occasions, if the team suspects the review to be fake but doesn’t have hard evidence, they will contact the business to get more details and come to a decision.

After the manual check has been completed, our advanced system will double-check the review for any additional suspicious elements regarding the content of the feedback as well as the user who wrote it.

Our system constantly monitors businesses on Psydro. If it detects any suspicious activity from any of our clients, they will be contacted, given a warning and placed on our black list. If these activities continue, their account will be indefinitely suspended. As a result of breaching our rules, they will lose their account and all the benefits that come with it.

However, businesses are not the only ones who are being monitored. Psydro’s strict rules also apply to our users. If a consumer breaches the rules, it will be flagged by our system and checked by our team. If the rules have been broken, their account will be suspended and deleted.

We don’t tolerate any actions that could have a damaging effect on our community. For this reason, companies that abuse Psydro’s rules will get a lifetime ban from our platform. The same goes for any user accounts that have been involved in writing fake reviews.

If you are subscribed to Psydro and are suspicious that you have received/seen a fake review, let us know, and we will investigate it. If we discover that it is indeed fake, we will remove it within 24 hours.

Fake reviews can be flagged by our system, our merchants and our community of consumers.

One of our main goals when starting Psydro was to combat the ever-growing problem of fake reviews and, six years down the line, this is still our priority.

We’re delighted to offer our clients authentic customer feedback without having to worry about fake reviews.   – Ben Page, Co-Founder of Psydro

As reviews grow in importance and popularity, so do fake reviews. Even though there are laws against fake reviews, they are still out there and affecting almost half of all UK businesses. For this reason, it’s vital to keep a constant eye out for elements that could cause a review to be distrusting. Yet, if you want to fully protect yourself against fake reviews, you should also employ the help of a third-party that specialises in protecting you from this type of fraud. 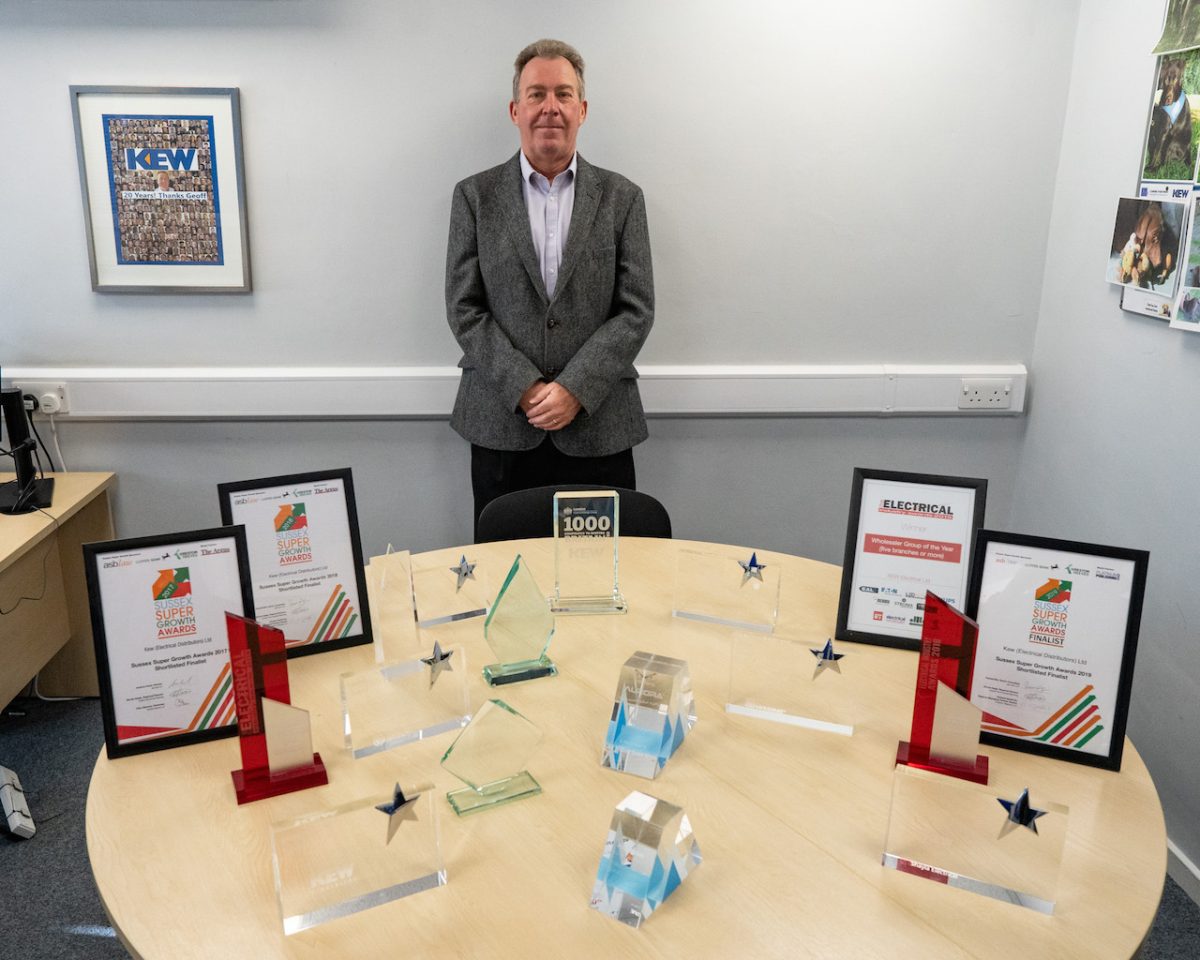 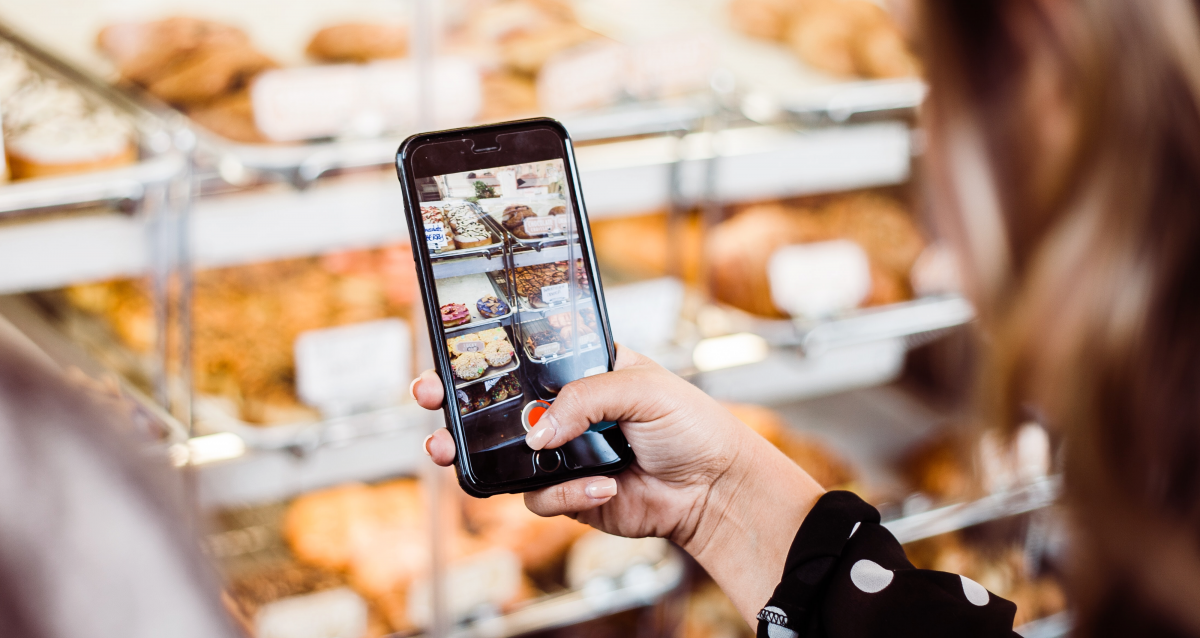 How to Improve Your Online Reputation 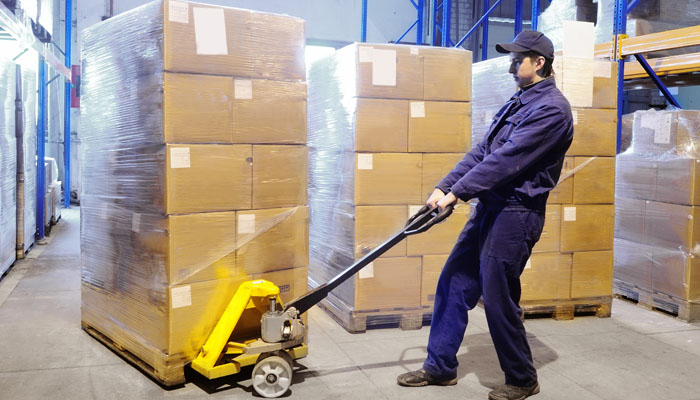